A trust usually terminates, and the married couple's children receive the assets, when the surviving spouse dies. The trust can be set up, however, to keep going through the children's lifetime and go to their children upon the death of the original couple's children. That is,the trust can be set up to benefit the grandchildren instead of the children.

A trust can also be designed so that a portion of its assets can be removed as an educational trust for the grandchildren when the surviving spouse dies, or any of a number of similar variations. Whatever the wishes of the couple who first institute the trust are, it's likely a trust can be established to meet those needs. 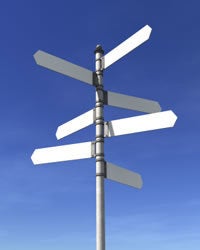 Since Trust B will become irrevocable upon the death of the first spouse, all contingencies should be carefully considered and addressed before executing the trust. While it's horrible to imagine, if the trust is set up to distribute its assets to the couple's three children and one of the children predeceases the parents, what then? Does the deceased child's share revert to his surviving siblings, or should it be left to benefit his surviving children? These are all critical decisions to be made by the grantors, and stated in their trust agreement.

Also, the trust agreement should fully reflect the decisions made about the trustees. While the husband and wife are typically co-trustees when the trust is initiated with the surviving spouse becoming sole trustee when the first dies, a successor trustee needs to be named to take over when the surviving spouse dies or becomes incapacitated. Again, this successor is often one or more of the couple's children, but another successor needs to be named if the original successor is unable or unwilling to execute the job of trustee.

The longer the trust is in existence, the greater the concern about the trustee. Careful consideration must be given to naming successor trustees, especially if the trust will continue throughout the lifetimes of the original couple's children. If a trust is expected to last forty to fifty years, the potential that the named successor may not survive needs to be taken seriously. If no one is named as successor, or if none of the named successors survive until the trust expires, the Court is called upon to name a new trustee.