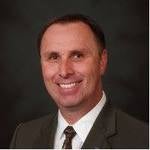 Prior to attending law school, Sam Mamola owned, operated, and managed several businesses including restaurants, retail stores, and service businesses. He has also been a Real Estate Broker for over 30 years and specializes in probate property, which contributes to his knowledge on real estate and land use issues.

Sam Mamola received his Bachelor of Science degree from Pepperdine University in Malibu, California. Thereafter, Sam Mamola earned his Juris Doctor from Chapman University's Fowler School of Law in Orange, California, where he was the recipient of an academic scholarship. During law school, Sam Mamola served on the Honor Council's Office of the Law School Advocate, and in his last year was elected to the prestigious position of President of the Student Bar Association, representing the law school at meetings and events across the country.

In 2007, Sam Mamola founded the ESQUIRE LAW GROUP, with offices conveniently located throughout Southern California. ESQUIRE's emphasis is in the areas of estate planning, probate, asset protection, real estate, and the formation of corporations and limited liability companies.

Sam Mamola is licensed to practice law in all California Courts, the United States Federal Court for the Central District of California, and is a member of the United States Supreme Court Bar. He is able to represent clients in proceedings before these courts and administrative agencies, as well as various other city, county, and state agencies.

Sam Mamola's legal career started in law school as a "Certified Law Student," working on cases and making supervised court appearances as a Law Clerk for the Orange County District Attorney's Office in the Environmental Crimes/Consumer Fraud Unit. While there, Sam Mamola worked on significant environmental and land use litigation. He also assisted in the prosecution of consumer fraud cases and received a solid foundation in legal practices.

In 2007, Sam Mamola founded the ESQUIRE LAW GROUP with the goal of bringing the benefits of asset protection and estate planning techniques, previously available only to the wealthiest Americans, to you and your family.