To prevent people from giving away their assets to avoid the estate tax, the Internal Revenue Code outlines a separate tax structure to regulate making gifts of assets. An understanding of that structure is essential to sound financial planning since there are a number of exceptions, limitations, as well as advantages and disadvantages to giving gifts.

The fair market value of the asset on the date of the gift is used to determine its value. This is the price the asset would be bought or sold for on that day. If someone makes a gift of 100 shares of stock and the stock is selling that day for $20 per share, the value of the gift is $2,000 for gift tax purposes, though the income tax basis is separate as noted below.

Each year, a person may give $15,000 in cash and assets to as many people as they wish. This $15,000 is based on the fair market value of the assets, but all gifts up to that amount per recipient per calendar year are exempt from the gift tax. Ann Smith, a hypothetical person used for illustration purposes, has two children, and she may give $15,000 to each of them every year. Each year, then, she is making $30,000 in gifts, and over a ten year period has reduced her assets by $300,000. As long as the gifts remain within the $15,000 per year per recipient limit, they are exempt from gift tax. 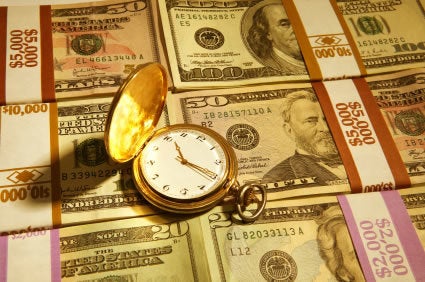 Although in the example Ann gave the gifts to her children, the law permits the gifts to be given to anyone. Similar to an inheritance, the gifts are not subject to income tax and cannot be claimed as a deduction by the donor or, generally, as income by the recipient.

The exceptions in the income tax law are for installment obligations where the capital gains were legally deferred, for United States savings bonds, for single premium deferred annuities, and for retirement benefits, including IRA accounts. If any of these assets are given as gifts, the donor may be subject to an income tax liability, but not the recipient. Before making a gift of any of these, an accountant or tax attorney should be consulted.

To qualify for the $15,000 exemption, the gift must meet the Internal Revenue Code requirements for a gift of "present interest." To meet that requirement, the recipient must either receive the gift immediately and without any restrictions, or the gift is restricted until the recipient reaches age 21. If John and Ann Smith want to establish trusts whose assets their children will receive at age 25, any deposits they make to the trusts would not be considered "present gifts" and would not qualify for the $15,000 gift tax exemption unless the trust contains "Crummey" provisions.

A person may pay certain bills for recipients in addition to giving them an $15,000 exemptible gift. The amount of these payments has no limit and has no affect on the $15,000 gift tax exemption for either donor or recipient.

Educational costs for tuition can be made in any amount as long as the payment is made directly to the educational institution. Payments for books, boarding, travel, or any other payments, however, are not considered educational costs. When Ann Smith learns that her granddaughter has been accepted to Pepperdine, instead of giving her son and daughter-in-law $30,000 to help pay the costs, she may pay Pepperdine directly for the tuition. She can give her granddaughter an $15,000 gift, however, as well as making gifts totaling $30,000 to her parents.

Additionally, virtually all medical costs can be paid as long as the payment is made directly to whoever provides the medical service and the medical expense is one which would be deductible if it were listed as an itemized deduction on an income tax return. Ann Smith may directly pay an insurance company for her son and daughter-in-law's medical insurance, or directly pay any doctor, hospital, or ambulance for their medical charges. Prescription drugs can be paid for in this way as well, as can many other medical services or goods. In all cases, Ann's payments for medical expenses do not reduce her ability to give her son and all members of his family $15,000 in exemptible gifts each year.

As long as the spouse is a citizen of the United States, a gift of any amount may be given to him or her. John Smith may make $1,000,000 of his separately held assets community property, effectively giving his wife a $500,000 gift. There is no gift tax liability for this gift, and no tax return is required, either, as long as Ann is a citizen. If she is not, then the amount of assets that can be given to her as a gift each year may be limited. As long as John is either a citizen or a permanent resident, the gift tax exemptions are available for him. His wife's citizenship is the only factor that presents any tax concerns, and that only limits the amount of the gift exempt from any gift tax. 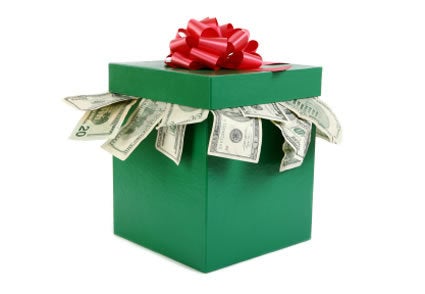 A gift tax return is required whenever someone makes a gift exceeding $15,000 to one person in any year, or makes a gift of a "future interest," and is due by April 15th on the year after the gift was made. If Ann gives her son $25,000 for his birthday on October 31st, she must file a gift tax return showing $10,000 by the next April 15th unless she dies before that date.

The form used to file the gift tax is Internal Revenue Service form 709, but there is no matching California form.

Gift taxes are identical to the estate tax rates. In addition to the annual $15,000 per year, per recipient exemption, everyone has a lifetime $11,700,000 exemption (2021), so although filing a gift tax return may be required, only rarely are any taxes due. 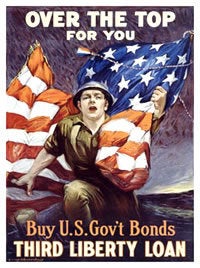 If John Smith makes a gift to his son of $115,000, after subtracting the $15,000 exemption, $100,000 of the gift is reportable. The gift tax return, which is required and must be filed to report the gift, will show nearly a  gift tax, but no tax is due because it is below the unified tax credit.

With the 1976 change in the tax system, which combined the estate and gift tax rates in a single "unified tax system," the advantages of making gifts that exceed $15,000 per year have been substantially reduced.

One spouse may have a great deal of separate property and may wish to make gifts of $30,000 to each of his or her children. Since that amount exceeds the $15,000 per recipient per year exemption, making those gifts would normally trigger the necessity of filing a gift tax return. Federal law, however, permits "gift splitting" with a spouse, which means the $30,000 can be considered as if half of it came from each parent. As long as the total doesn't exceed $30,000 per recipient, no taxable gift results, and no gift tax return needs to be filed. To split the gift between the spouses, a special federal gift tax form, form 709, needs to be filed by both spouses, with each indicating the gift should be treated as coming equally from each of them.

When Death Occurs Within Three Years of the Gift

Before the 1976 tax law changes, if someone died within three years of making a gift, the value of the gift had to be included in full in his or her taxable estate. Currently, gifts are no longer returned to the person's estate unless that person, as donor, retained some control over the gift such as the right to revoke it, to change it, or give it to another person.

The advantage to making a substantial gift is that the value of the gift is locked when the gift is made. As long as no conditions are attached to the gift, that value is the one used for accounting at the time of death.

When the assets involved in a gift increase in value between the date of the gift and that of the death of the donor, there can be substantial financial benefits.

The Income Tax Basis of Assets that Grow in Value

The recipient of a gift doesn't get to use the same simple formula for determining the gift's value that the donor does, the fair market value as of the date of the gift. The recipient gets to use the same value the donor would use on his or her income tax, but does not get to use the fair market value as of the date of the gift. Thus, if John Smith gives his daughter $10,000 worth of stock that he purchased years ago for $3,000, and she holds onto the stock until John dies, it would get a new value at that time. If the stock is worth $10,000 when John died, then his daughter would use that amount as her income tax basis and the $7,000 capital gain would be ignored. This method of accounting, however, is not true if the stock was a gift. If the daughter sold the stock, she must use her father's cost basis of $3,000 since, for income tax purposes, assets do not get re-valued at the time of death. 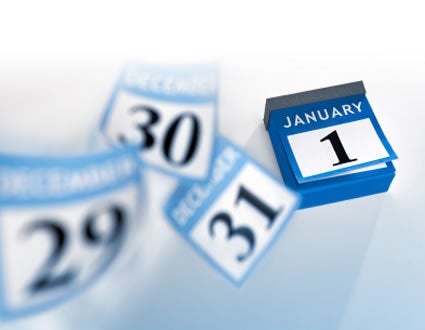 The Advantages of Gifts

Giving annual gifts of $15,000 is an excellent way to reduce the total value of an estate and save estate taxes. The annual gifts of $15,000 per year will not be returned to the estate unless some interest or control is retained on them, so they can be considered permanently removed from the estate. The assets will not be put back into the estate if full and complete gifts are made, even if the donor dies hours after making the gifts.

If the assets are expected to increase in value, gifts greater than the $15,000 exemptable amount may be worthwhile since the added value will remain outside of the donor's estate. The gifted property or assets will not receive a new evaluation at the time of death, however, so income tax considerations should be carefully weighed after consulting with your accountant and estate planning attorney.