This evaluation is made in accordance with the provisions and regulations of the Internal Revenue Code. While some asset types require more precision in determining the value than others, the evaluation procedure is identical whether or not the person died with sufficient assets to require filing a federal estate tax.

A General Rule for Evaluating Assets

If the person who died was a United States citizen or permanent resident, then he or she is taxed on all owned assets everywhere in the world. The value used is the "fair market" value of the assets as of the date of death, which is the price at which the asset would be sold between a willing buyer and seller with neither being compelled to buy or sell. 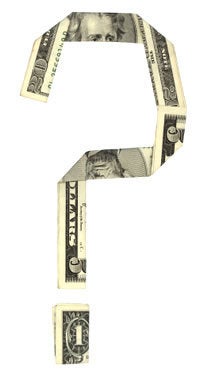 In addition, if the alternate date is used, then any assets that were sold or distributed before the six month date arrives are valued as of the date of the distribution or sale. Assets whose only change is the date have the same value on both dates. Bank accounts, for example, can have the same value on both dates because the only change in the value of the account is that of additional interest earned in the six months following the date of death.

The only way the alternate valuation date can be used is if it lowers the estate tax total and the amount of estate tax due.

If there is a surviving spouse who is set to inherit the estate, thereby avoiding the estate tax, or if the person who died left less than the amount of the estate tax exemption, then only the date of death can be used to determine the value of the assets.

All of the assets someone owns at the time of his or her death are subject to taxation. These assets include securities, pension and profit-sharing plans, life insurance, IRA accounts, income tax refunds, and physical assets such as automobiles, furniture, and real estate. Even assets like municipal bonds that are otherwise exempt from federal tax are included in estate tax accounting.

DETERMINING THE VALUE OF SPECIFIC TYPES OF ASSETS

The value of real property is determined by use of a written appraisal. For a single family residence, the appraisal can be done by a local real estate broker or agent and this appraisal should describe the property, its value, and how that value was determined. The appraisal should appear on the appraiser's letterhead. The same agents or brokers, using the same procedures and submitting the written appraisal as mentioned, can be used for unimproved property whose value is $250,000 or less. 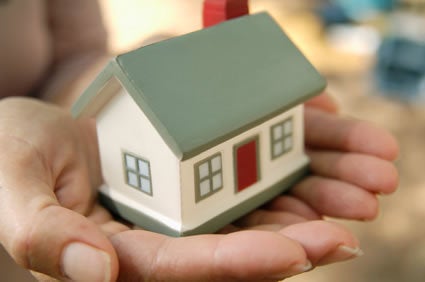 Commercial property, including office buildings, apartment complexes and farms need to be appraised by a reputable appraiser. This appraisal should be more detailed than a simple letter and may run up to twenty pages.

The costs that would result from a sale, including future brokerage commissions and similar costs, are normally excluded from determining the value of real property. If the property includes or consists of a farm or ranch, any farm equipment, livestock, stored seeds and fertilizers as well as growing or harvested crops are valued separately.

Securities, including stocks and bonds

Stocks and bonds that are traded on a major exchange or over the counter have their value determined by averaging the high and low selling prices on the date of death. The closing price is not used. If a stock's price fluctuated between ten and twelve dollars on the date of death, the average of $11.00 per share is used for determining the value of the stock.

If the death occurred on a weekend or holiday when the market is closed, the high and low values for the trading date prior to the death and those of the next trading date are "re-averaged."

Any stocks that are traded "ex-pidend" must also include in their valuation the amount of any pidends even though that payment occurs in the future. Stocks considered "ex-pidend" are those for which a pidend has been declared for the shareholders of record, but not yet paid.

Bonds must include accrued interest when their value is determined. Since bonds typically pay interest twice a year, unless the owner dies on the date of payment, the interest from the date of the last payment through the date of death must be computed and included.

United States Series E, EE, H, and HH, Savings Bonds are valued with the value at which they could be redeemed during the month of death. The redemption value of these bonds, which depends on both the month and year of purchase as well as the redemption date, is available on a website published by the federal government. Series G, K, H savings bonds have no value for interest and are valued at their face value at the date of death. 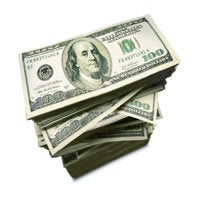 Coins and bills that have a value exceeding their face value, such as silver certificates or items in a coin or similar collection, are valued at their potential sales value instead of their face value.

The exact value of accounts in banks, credit unions, and saving and loan associations as of the date of death is used to determine their values. Any checks written against these accounts, but not yet presented for payment, should be reported separately so only the net value is listed.

Any interest that has accrued from the date of last payment through the date of death must be computed and reported separately.

Any loans with outstanding balances as of the date of death, whether secured or unsecured, are listed with their value and accrued interest from the date of last payment until the date of death. If it is possible to report the note at less than the balance or as uncollectible, the lower value may be used.

Business Interests, Including Partnerships and Corporations

If someone dies while having a business interest in a limited or general partnership, has shares in privately held corporations, or other business interests, both the fair market value of the entity as a whole and that of his or her particular interest must be determined. The value is frequently discounted, and the accountant who handles the business tax returns is the best person to make the necessary determinations.

If the partnership is sufficiently large so as to be traded on a secondary market, the value can be determined by using the value that units sell for on the date of the death. 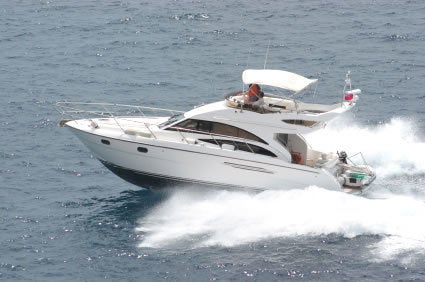 The price a dealer would pay isn't a proper valuation, but what a private party buyer would pay can be used as the appraised value.

The instructions given by the Internal Revenue Service require an itemized list of the appraised value of furniture and furnishings, but most accountants ignore this and use a single entry with a value of $2,000 -- $5,000 for all the items.

The exceptions to this rule are when the inpidual's will or living trust listed specific items such as heirlooms or expensive jewelry, or if the person who died had separately held items of high value such as art or some antiques. The federal estate tax returns requests that items of artistic or intrinsic value that exceed $3,000 be mentioned, along with collections of those items that exceed $10,000.

All life insurance proceeds, even those from policies owned by someone other than one who died and are not, therefore, subject to taxes, must be reported. Each company that insured the deceased must furnish a special Internal Revenue Service form, form 712.

If the person who died owned a life insurance policy on someone else, this policy needs to be listed along with its cash value as of the date of death of the holder.

All plans of this nature that someone owned when he or she died and that are scheduled to pay after death need to have their value determined using the rules already mentioned. In the case of an IRA account that was invested in stocks and bonds, those securities would be valued inpidually using the rules for stocks and bonds set forth previously.

All other assets owned by the person who died have their values figured by attempting to determine their fair market value using procedures similar to those used for the assets listed above. Items of this nature might include royalty payments, income tax returns due to be received for the year of death, leasehold and rental payments, deposits, mineral interests, and annuities that will continue after death, as well as any other asset.

Even though there may be no tax due after a death because the assets were passed to a surviving spouse or donated to charity, a federal estate tax must be filed within nine months if half of the community property and all of the separately held property exceed a certain amount that is determined by the year the death occurred. If additional time is needed to file the estate tax return, an extension of six months is available from the IRS.

The return will list all assets in the estate, and show the value of those assets as of the date of death. Those values are determined using the rules explained elsewhere and vary according to the nature of the asset.

The total assets in the estate include all real property, stocks and bonds, business interests, cash in bank or credit union accounts, pension plans, IRA accounts, certain proceeds from life insurance policies and annuities, loans or note due to the person who died, vehicles, personal items, and household furnishings, among others. 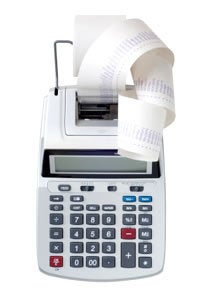 The Internal Revenue Service has up to three years to audit the filed return and frequently checks the listed values of securities as part of the process. If they discover an error, the person who filed the return is notified, and a bill for any additional taxes and potential penalties is sent if they feel additional taxes are due.

THE INCOME TAX BASIS FOR ASSETS

If the surviving and deceased spouses held the assets in joint tenancy, only the half that are reassigned following the death get a new value. In the example above, if John's stock was held in joint tenancy, only his half would get the new $5,000 value. His wife's shares, since they never change hands, retain their original $1,000 tax basis.

If the person who dies is single or unmarried, then all assets he or she owns at the time of death get a new value, even if the assets are held in joint tenancy with another person.

Determining the value of assets at the date of death is a complicated and confusing ordeal. It is frequently a very involved pursuit, and anyone put into the position of handling an estate should consult with an accountant and an estate planning attorney to make certain that the values reported or assigned are correct and follow the recommendations and guidelines of the Internal Revenue Code.